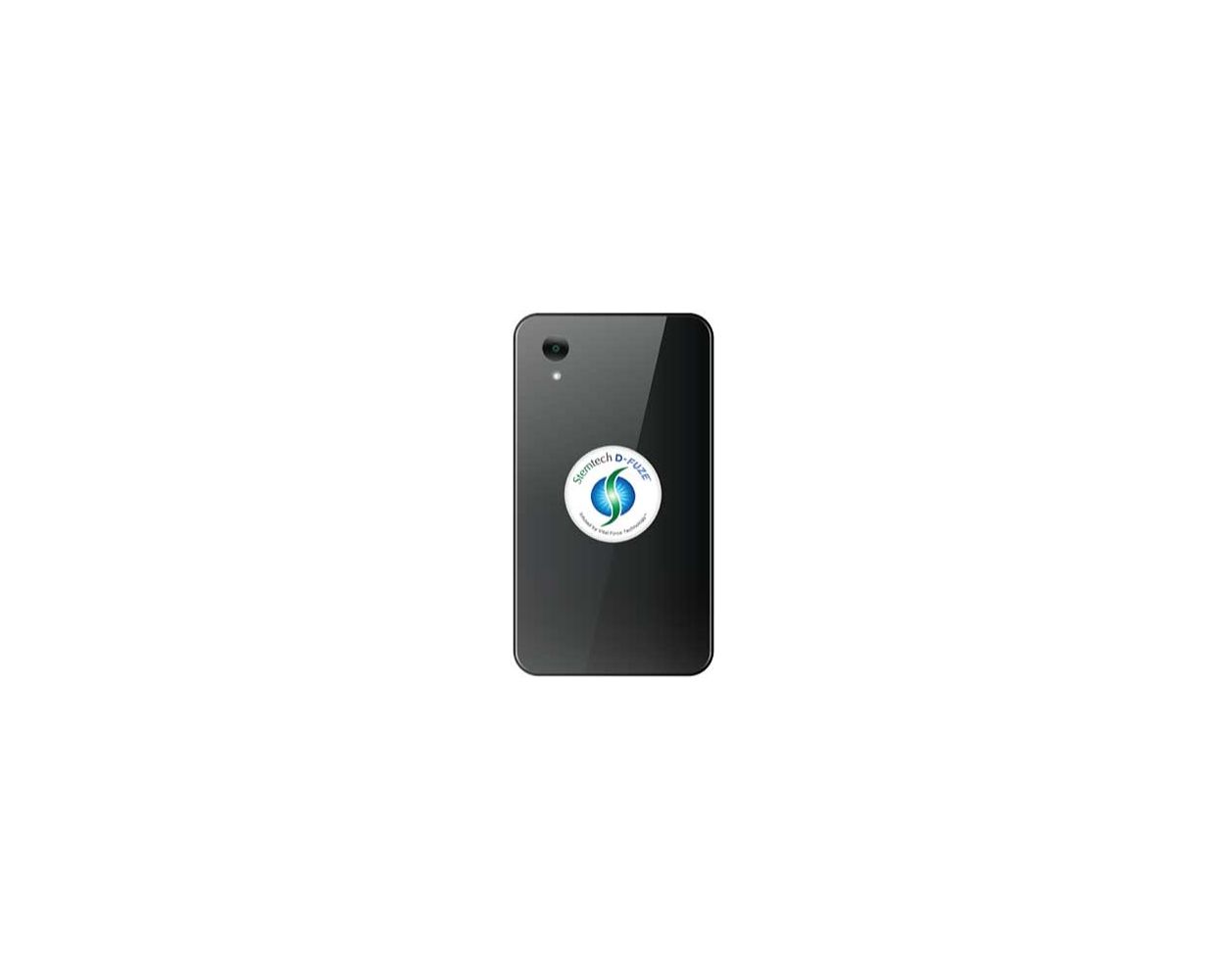 We are in a position to supply StemTech orders again in the UK, please contact us for more information on how to place your order for StemTech UK. D-FUZE, our new EMF filter to be stuck on your mobile phone! Infused by Vital Force Technology. The Electro Magnetic Frequency (EMF) that radiates from your cell phone and those of your children and grandchildren could potentially have serious, long-term effects on health and safety. Stemtech, the leader in wellness technology, is now addressing another major health concern with D-Fuze, a simple yet sophisticated filter that adheres to your cell phone to disperse EMFs from potentially doing harm. And its effects and results are exceptional!
Details

Electro Magnetic Fields (EMFs) that radiate from your cell phone could potentially have long-term effects on health. After the edition of the international report Bioinitiative on the biological effects of diverse EMF of a wide range of length waves, caution principle has been applied.

EMFs can potentially be absorbed by the human body, particularly the brain.

EMFs that radiate from your cell phone‚ and the cells phones of your children and grandchildren - could potentially have serious, long-term effects on health and safety. Stemtech, the leader in wellness technology is now addressing another major health concern with a simple yet sophisticated filter that adheres to your cell phone to disperse EMFs from potentially doing harm. Exceptional results, technology, and much, much more.

D-FUZE is the most effective filter on the market

It has been widely reported in the media that EMFs produced by wireless devices may have adverse effects on human health and safety. Scientists, doctors and public health officials are concerned and so are consumers. Everything in the scientific literature is pointing to erring on the side of safety by taking action NOW. D-FUZE protects your body from potential harm by dispersing EMFs to lower the specific absorption rate (SAR).

The only cell phone filter infused with Vital Force Technology‚

Now it is easy and inexpensive to protect your family from potential harm from EMFs with reliable, phone-friendly technology. Stemtech‚Äôs exclusive D-FUZE works on all cell phones to "diffuse" the EMFs away from the body. It is an affordable micro-thin disc that is infused with neutralizing elements called Vital Force Technology and can be adhered to a cell phone in a few seconds - no complicated instructions needed. Click here to see more about Vital Force Technology.

SAR-tested, proven and certified by a government-sanctioned laboratory

Specific Absorption Rate (SAR) is the standard set by governments all over the world to measure cell phone radio-frequency energy. D-FUZE was in development for over 12 years by a team of scientists led by one of the country‚Äôs most respected scientific innovators. The technology is a highly-guarded process that lasts for as long as you own your phone. Our proprietary Vital Force Technology is only available through Stemtech.

The average American spends about 1/3 of their waking hours on their smartphones. And many teens and young adults sleep with their smart phones under their pillows or next to them. In fact, worldwide, 45% of children, starting at age 10, carry their own phones. Put your mind to rest. Order D-FUZE for you and everyone you love.

Although the scientific community is still debating the limited research that has been published, early evidence says we should protect ourselves NOW.