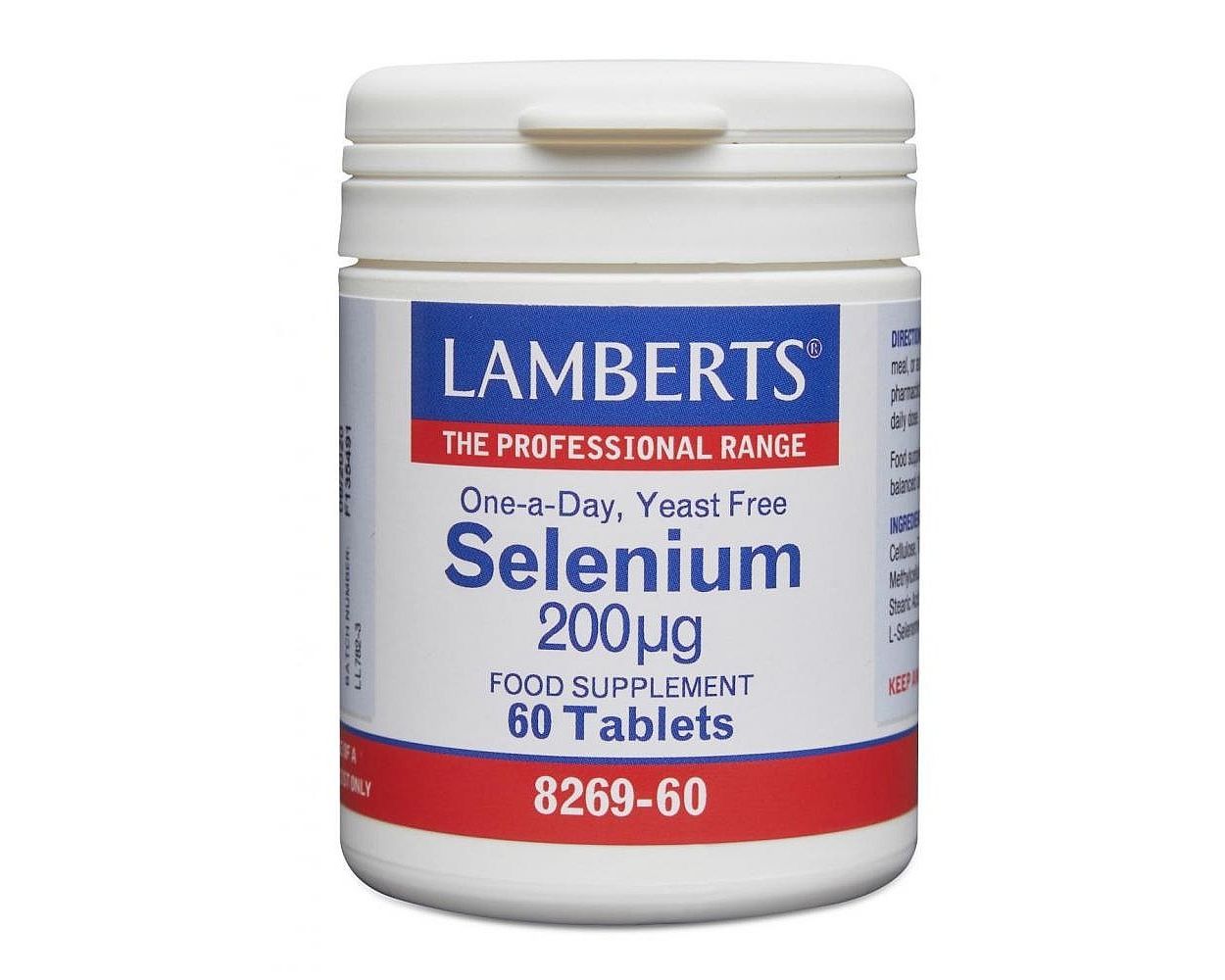 Dietary intakes of selenium in the UK during the 70's were nearly twice the level we consume today! Moreover, official figures from MAFF show that the selenium intake for 80% of adults in the UK is now below the recommended daily intake.

This situation is due in part to the reduction in imports of selenium-rich, high protein wheat used for bread making from North America, coupled with the wide usage of selenium-antagonistic artificial fertilisers and acid rain exposure.

As a vital component of the body's antioxidant defence system, a key player in thyroxine metabolism as well as an invaluable nutrient in reproductive health, falling dietary intakes are a real cause for concern.

Selenium acts as an antioxidant, which are substances that help our bodies to destroy or quench harmful free radicals that are produced quite naturally in the human body and which, if allowed to proceed unchecked, can harm tissues and organs.

Lamberts® has selected the organic Seleno-L-Methionine form of selenium because of its superior absorption. Each tablet contains 200µg of selenium which is twice the level found in most products. Produced in premises that operate to stringent pharmaceutical standards of GMP.

(as L-selenomethionine and sodium selenite)