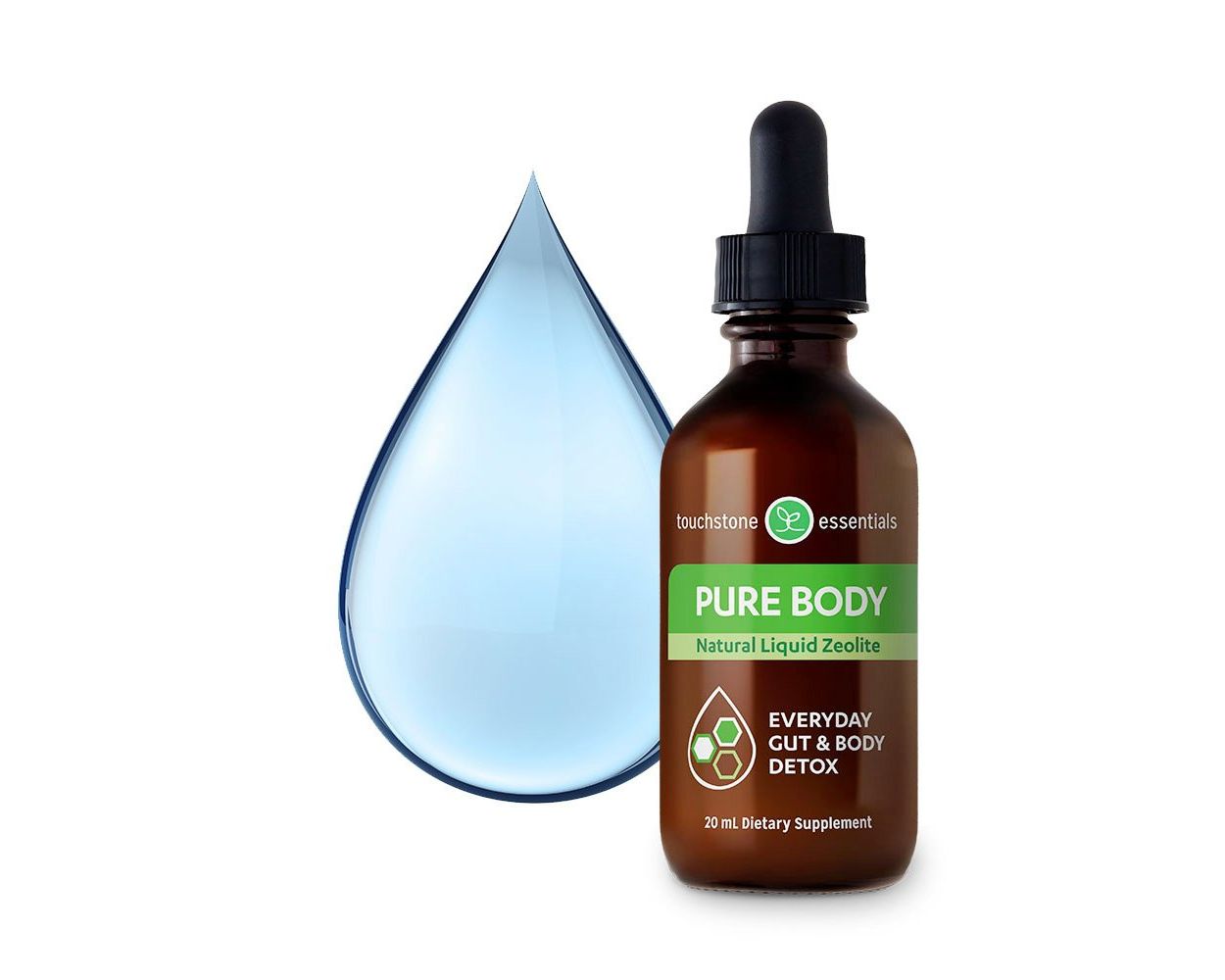 Natural mineral, safe for all ages

Toxins are the dirty little secret of the world we live in, found in our food, water, air and personal care products. Pure Body to the rescue. When properly cleansed and sized right, natural mineral zeolite helps remove heavy metals and other toxins safely and gently from the body.

Pure Body is created using breakthrough processes that activate the natural detox qualities of mineral zeolite. With Pure Body it IS possible to reduce your body burden of toxins.

With just a few drops throughout the day, you can fight back against fatigue, a sluggish metabolism, poor sleep quality, brain fog and the lack of energy that come from a daily barrage of environmental toxins.

The zeolite Clinoptilolite has been granted GRAS status (generally recognized as safe) status by the FDA. Pure Body is 100% natural, non-toxic and safe for long-term use.

Pure Body targets toxins in the digestive system AND throughout the body, thanks to optimal sizing that ensures absorption. This is a passive detox that is gentle and safe, with no digestive discomfort.

The Laws of Attraction

Negatively-charged zeolite works like a magnet, trapping positively-charged toxins such as lead, mercury, arsenic, cadmium and many more, and carries them out of the body within hours.

Pure Body undergoes a proprietary cleansing process, removing pre-existing pollutants from the zeolite, so it effectively detoxifies. It is third-party tested in an independent lab to verify its purity.

Numerous studies attest to the selective nature of the zeolite Clinoptilolite, to ONLY take out toxins (not good nutrients). Our proprietary cleansing process takes the extra step so it always replaces a bad toxin with a good mineral.

Wake up feeling refreshed, with clear focus and energy to sustain you throughout your day. Detox and bring your body back into balance.

Even In Small Amounts, Toxins Can:

“While there are many zeolite products on the market today, one in particular meets the rigorous standards medical professionals seek—Pure Body.” —Alex Lee, M.D. Board Certified Internal Medicine, Gastroenterology

Every serving of Pure Body works to:

With over 300 studies listed on PubMed on the beneficial properties of the zeolite Clinoptilolite, this mineral has gained renown for its natural ability to trap toxins, heavy metals and environmental pollutants.

Freshly mined, in its raw state, the mineral Clinoptilolite doesn't do much. Its crystalline structures are pre-filled with pollutants, and it’s too big to be absorbed by the body.

Unfortunately, crushed up raw zeolite is what you’ll find in most zeolite supplements on the market today. That’s why we provide third-party testing validating the purity and potency of Pure Body.

ONLY when processed and prepared correctly, there’s no denying the power of Clinoptilolite to attract and remove heavy metals and environmental toxins, safely and effectively, within 4-6 hours.

There are 3 standards every zeolite supplement should meet, yet most just manage one. Pure Body has been tested and proven in all 3 areas:

Mined zeolite is often full of lead, arsenic and other environmental toxins. If the zeolite is already full, it’s not going to have room to trap the toxins found in your body. An independent certificate of analysis that includes a full assay of metals shows just how clean Pure Body is.

Once micronized, zeolites can range from 10 to 40 microns in size—which will help detox your colon and little else. To get through the bloodstream, you have to go much smaller, which most providers aren’t equipped to do. Our particle size analysis shows Pure Body zeolite is sized for optimal absorption.

Explore the history of zeolite and how it helps with the removal of heavy metals and other toxins from the body, with cited scientific and study references provided throughout. White Paper